← back to
Lo-Fidelity Records & Distribution
Get fresh music recommendations delivered to your inbox every Friday.
We've updated our Terms of Use. You can review the changes here. 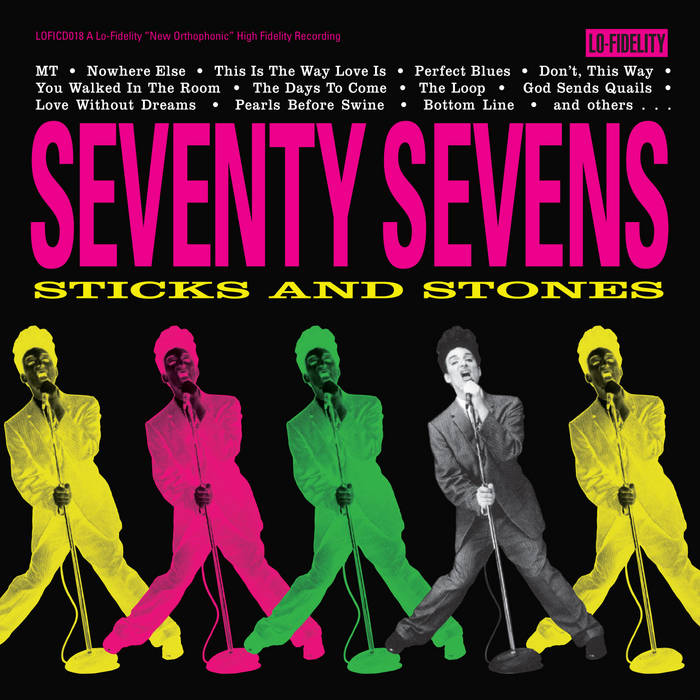 Kevin Noel Olson The remaster tracks of the original Sticks and Stones are great, and the bonus CD, This is the Way Love Was, is absolutely amazing. Consisting of some of the better tracks laid down, it also includes 3 early demo tracks from the band in the 1970s, showing incredible musicianship and songwriting from the very start. A must have for 77s fans and connoisseurs of great music! Favorite track: The Days To Come.

Kevin Jackson Amazing album, wore it out! Favorite track: This Is The Way Love Is.

recordboy This album walks up to you all nonchalant and immediately punches you in the face. You can't help but sit down and take it all in. Amazingly beautiful and full of energy. It picks you up and pushes you back down again, makes you want to cry. Favorite track: Don't, This Way.
more...

For several years it has been the desire of the 77s to perpetrate upon our adoring public an album consisting of all our unreleased demos, dead dogs, weak sisters, failed experiments and/or otherwise brilliant material (depending upon your point of view) which somehow or other never saw the light of day. After our idea was stolen right out from under us by R.E.M. (who scored the biggest-selling album of their career up to that point with Dead Letter Office) and other ‘prattle & scum’ers, we knew it was high time to grant amnesty internationally to these ‘lil MIAs and POWs once and for all.

SEVENTY SEVENS –THIS IS THE WAY LOVE WAS

PRODUCED BY THE 77s

"The 77's will take you on a journey through the past, present, and future of rock & roll" - Island Records radio advertisement, 1987.

Bandcamp Daily  your guide to the world of Bandcamp